In 1924, two Swedish engineers decided that their country was ready for their own car industry. Despite all kinds of problems, especially financial problems, it was able to build ten prototypes. In 1926, the first car reigned from Stockholm to Gothenburg. The Swedish ball bearing manufacturer SKF saw something in the project and the pioneers were given a small company with production facilities. That small company was called Volvo (Latin for: I role). This was the start of a unique car brand, which still stands out today due to its unique automotive technology.

Saab started in 1937 as a builder of airplanes (an activity that until today literally gives the brand wings!). During the Second World War (1940-1945), the brand was able to develop a car in neutral Sweden. in 1950, the Saab 92 went into production, which gave Sweden its second car industry.

The fact that a relatively small country such as Sweden has two mature car industries is very special. A combination of exceptional circumstances (such as the exemplary employment relationship in the country) and the consistent choice of high quality explain this remarkable fact. Neither Saab nor Volvo have ever focused on real mass production. By consciously targeting somewhat more expensive market segments, we have always been able to maintain the image of good, safe and strong cars that we have built up.

This proved to be unsatisfactory in modern market conditions due to the takeovers of Saab’s car division by General Motors and the far-reaching cooperation with Volvo (among others) Mitsubishi.

Volvo and Saab have enriched the car history with very facinating cars and an original view of safety and technology. In addition to the portraits of Volvo and Saab, this Auto-Total search contains a section of the alphabetical car encyclopaedia. This section discusses small and large brands, from Roei to Rytecraft. 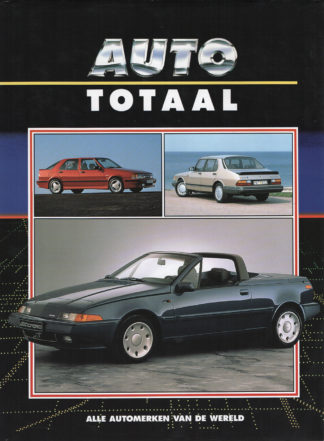