Exclusive booklet of the Volvo-dealerships in Sweden over the period from 1953 to 2003 with exclusive photo work.

The Swedish full treaty negotiation can be concluded in the last five years. In 1953, when the Swedish button was pressed on each car, some of the dealerships that were then part of the population’s strongest re-selling organisation for cars, the Swedish full trade association, were created. In 2003, just under two Swedish people came to each of them. A third of all these balances have been settled through full trading. Well, next thing you know, last balance.

This is the history of how it happened.

Only 3 left in stock 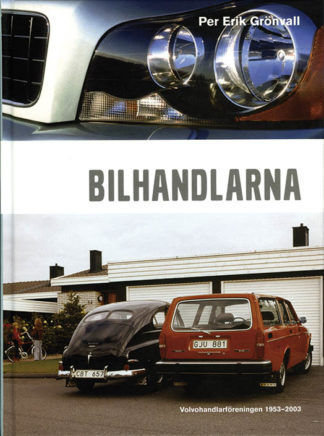