In the 1940s, Swedish cookery books were illustrated with black and white photographs and the tourist brochures for Norwegian fjords and Dutch tulip fields contained black and white images. Color photography therefore became a sensation when it arrived and in Sweden it became a big breakthrough in the fifties.

Thanks to the fact that chef photographer Sixten Sandell experimented with colour photography techniques at an early stage, Studio Wezäta in Goteborg quickly became one of the most important factors in advertising. It was here that the advertisements for Volvo, Saab, Marabou, Mazetti, SKF and many other large companies came into being. The era of colour and advertising photos, from the 1930s to the 1960s, had long been forgotten in the company’s archives.

With this great visual material, Ida Dicksson tells the story of the Wezäta studio and how the photographic advertisement in Sweden went from black and white to colour. 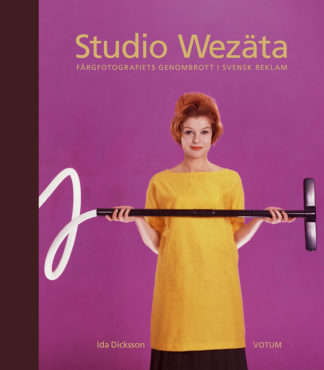