This luxury 4-doors executive car was first unveiled to the world in 1968 at the Paris Motor Show. During its production period from 1969 to 1974, more than forty six thousand Volvo 164 cars left the group’s factories and was Volvo’s answer to the Mercedes-Benz 250 and Jaguar XJ6 luxurious competitors. The Volvo 164 E is a classical 1970’s Volvo executive car.
A must have to all collectors and Volvo fans who want to expand their collections at 1/18 scale with this high end replica car.

Each chassis is numbered

Only 1 left in stock 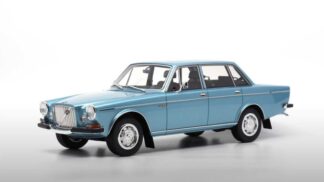