Considered as the successor of the Volvo 780, the C70 was presented to the public for the first time in 1996 at the Paris Motor Show, and then introduced to the market in 1997 in Europe and in 1998 in North America. The exquisite design work was shared by two leading authorities: Mr Peter Horbury for the exterior and Mr Jose Diaz de la Vega for the interior. About 72’000 first generation Volvo C70 were produced in its lifetime, around 46’800 were convertibles, and around 25’000 of them were sold in the United States! 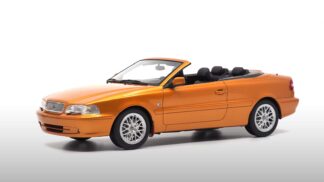