Produced and commercialized from 1986 to 1991, the Volvo 780 Coupé Bertone was presented to the public in 1985 at the Geneva International Motor Show. Bertone refers to the Carrozzeria Bertone, the famous Italian car styling company based in Turin, Italy, who designed and developed the 780’s body (Bertone also took care of the styling of the Volvo 262C which was the predecessor of the 780). Less than 10’000 units were produced and sold around the world. Funny fact : Nuccio Bertone (the designer) himself affectionately called this boxy car “a truck in an evening dress”. 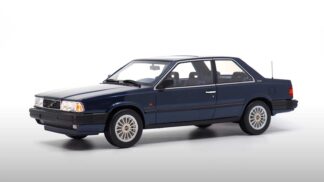